Catholic Engaged Encounter is a community‐based Catholic marriage preparation ministry based on Catholic teachings and values. We emphasize the relationship of the couples in terms of their sacramental commitment. Presenting couples and clergy involved in this ministry are committed to serving the engaged couples of the Church by living the values which we believe are fundamental to our vocations.

The power of Catholic Engaged Encounter comes from the interaction of three elements of the daily life of the couple. This interaction can create a fire in the lives of the engaged. Just as fire needs fuel, oxygen and heat, these are three critical elements to the CEE weekend.

Fuel – is the content that comes from God and gives hope and energy to the engaged couple’s relationship.

Oxygen – is the delivery process that encourages and deepens couple communication through sharing and prayer.

Heat – provided by the warm witness of the priest and married couples sharing their commitment and passion for marriage.

Featured as a marriage preparation program on www.foryourmarriage.org, an initiative of the United States Conference of Catholic Bishops, Catholic Engaged Encounter is endorsed and approved by the Catholic Church from the Vatican to dioceses and local parishes worldwide.

Developed over 40 years ago, Catholic Engaged Encounter is an international Catholic marriage preparation program with communities in almost 200 dioceses worldwide, including almost 100 dioceses in the United States.The ministry is continuously updating its internationally implemented format and materials.

The retreat is not group therapy, instead, it provides private one-on-one time for the couple to learn about each other and marriage based on 5 major themes: The Family we Grew Up In, Sacramental Marriage, Communications, Intimacy, and Values.

"The love they pledge is greater than any emotion, feeling or state of mind, although it may include all of these. It is a deeper love, a lifelong decision of the heart." 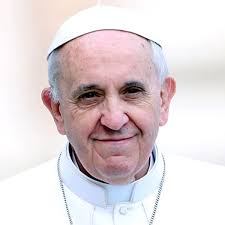 Pope Francis
The Joy of Love

Start with a strong foundation.

Reserve a spot for you and your fiance at a Catholic Engaged Encounter weekend near you.
Find a Weekend
Get in Touch
Scroll to Top